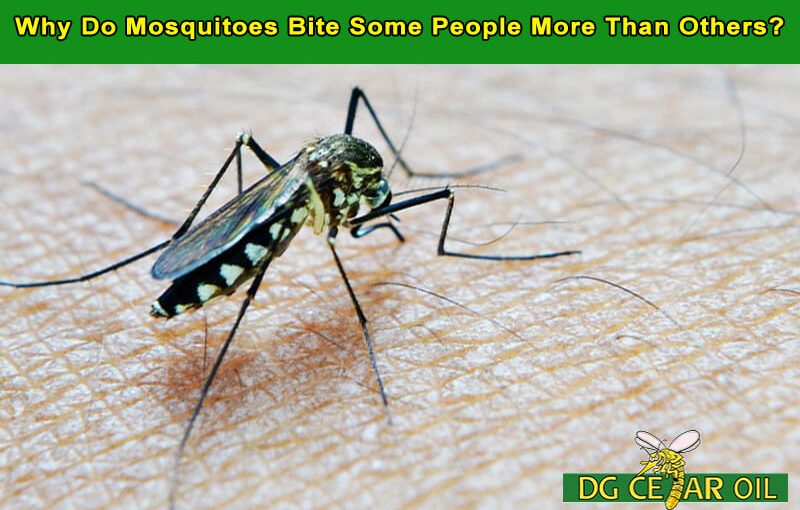 Have you ever noticed that some people are very prone to mosquito bites – while others will only attract a few nibbles?

It’s not just your imagination. Mosquitoes really do bite some people more than others. They use their acute sense of smell to locate new victims over long distances, and some human scents stand out to them more than others.

The larger you are, the more likely you are to attract mosquitoes. Children and women get bitten less frequently than men. Mosquitoes are attracted to the carbon dioxide we give off when we exhale, and larger people emit the most of the gas.

Mosquitoes locate hosts by detecting chemicals we release through our sweat, including uric acid, ammonia and lactic acid. When you work out, lactic acid builds up in your muscles. A higher body temperature also attracts mosquitoes.

So, if you’re out for a jog, there’s a good chance that you’re advertising yourself to nearby mosquitoes.

Your genetic makeup also influences how attractive you are to mosquitoes. Some people naturally give off more of these chemicals when they sweat than others.

When It Comes To Blood, Mosquitoes Have A Type

People who have an O blood type (negative or positive) are twice as likely to get bitten as those with the A blood type, while people with a B blood type fall somewhere in the middle. While having a O blood type is desirable in blood donations, it also means you’re a mosquito’s preferred snack.

The same study found that 85% of people are “secretors” – they release a chemical signal through their skin that indicates their blood type. Secretors of any blood type are more likely to get bitten than the remaining 15% of the population.

Pregnant women are more likely to get bitten by mosquitoes because of their increased body temperature and increased exhalation of carbon dioxide.

Being pregnant also means that if you are affected by the Zika virus, your baby could be born with a neurological disorder like microcephaly. Pregnant women should never take chances with mosquitoes.

Getting Drunk? Get Protected

A 2002 study showed that people are significantly more likely to be targeted by mosquitoes after enjoying an alcoholic beverage.

This means it makes sense to move the party indoors. Even so, there’s really nothing like a cold beer combined with the crisp night air.

While people are less likely to make responsible decisions while inebriated, it doesn’t take much planning or coordination to apply bug spray to exposed skin.

The Only Way To Become Truly Unattractive To Mosquitoes

Worrying about mosquitoes isn’t just for pregnant women, people who exercise, or people with an O blood type. If you’re the nearest host, a mosquito will happily accept you as their next meal, so long as you have blood to give them.

Mosquito-borne illnesses like yellow fever and the Zika virus can affect anyone. If you’re going outside, take just a few seconds to prepare by spraying exposed areas of your skin with your preferred bug spray.